The Panama small pelagics fishery made history as the first accepted applicant for the MarinTrust (formerly known as IFFO RS) Improver Programme (IP) scheme in 2015. Fishery managers worked hard towards a series of time-bound improvement milestones, making it possible for their processing plant to transition towards full MarinTrust certification.

MarinTrust IP enables companies unable to meet the full requirements of MarinTrust certification, to come under the umbrella, whilst working towards the greater prize. Concerns they may need to address include processes or protocols in the processing plant, and issues related to procurement of raw materials and their associated fisheries.

Since the 1960s, the Panama small pelagics fishery has formed the basis of a reduction industry producing fishmeal and some fish oil in Panama. The fishery mainly targets Pacific anchovy (Cetengraulis mysticetus) and Pacific thread herring (Opisthonema Sp.). Pacific bumper (Chloroscombrus orqueta) is also caught, but makes up a very minor part of the catch. Fishmeal products were primarily destined for export to the poultry industry in the US, with a small fraction retained for national consumption and export further afield. Fish oil was historically shipped to Rotterdam in the Netherlands, as an ingredient for the margarine market. Today, Europe buys the majority of the fish oil for use in the salmon feed industry, while China, North America and countries neighbouring Panama are the main market for fishmeal, which is used in both swine and aquaculture diets.

Most of the fishmeal and fish oil is now commercialized by Animalfeeds Inc, which is a member of The Marine Ingredients Organisation, IFFO. Managing Director Brian Murtagh, explained that the group had been given the confidence to apply for the MarinTrust IP, as a result of progress made with a Fishery Improvement Project (FIP).

The FIP was started in 2011 as an initiative of CeDePesca, a non-profit organization founded in 1997, to help Latin American fisheries become sustainable, along with Promarina SA, the most important local producer. It is now run in conjunction with Procesadora Bayano SA (Probasa).

According to Libby Woodhatch, executive chair of MarinTrust, the commitment made by the fishermen to improve the fishery, is an excellent example of how an industry-led multi-stakeholder effort can promote positive change.

“Before entering into the FIP, the Panama small pelagics fishery was data poor, with inadequate records of effort or landings, and nothing known about its impacts on the ecosystem. No-one could say whether or not it was sustainable, but the market had started demanding third party proof of sustainability, so something needed to be done.” said Ernesto Godelman executive director of CeDePesca.

The first task was to undertake a gap analysis against the Marine Stewardship Council’s (MSC) international standard for sustainable fishing, which highlighted weak management in the fishery and the lack of information on status and environmental impacts. This set the groundwork for the gap analysis against the MarinTrust fishery assessment which began the journey towards MarinTrust IP recognition.

“The FIP helped to formalise our data collection by putting proper systems and a management framework in place. We had been instinctively working sustainably for over 50 years, ensuring that the beginning of the pelagic season did not overlap with the shrimp season, to avoid conflict between the two, and that anchovy would not be caught when they were spawning. However, nothing had been formalised” said Murtagh.

Godelman explained that a 1960 law allowed each processing plant to run 16 vessels, but by the time the FIP was set up, just two companies were operating the fishery, with 16 boats between them and a common processing plant. This was a result of a voluntary reduction in fleet capacity, to protect the long-term future of the fisheries.

“The next step was to digitalise 17 years of catch and effort information for each species, from dusty paper files stored somewhere in Promarina. We then collaborated with the Panamanian Authority for Aquatic Resources (ARAP) on the implementation of a research and monitoring plan, that would assess the stock to ascertain if the intuitive management system was indeed producing a sustainable fishery. This work has included a hydroacoustic survey each year since 2017” he said.

Godelman explained that the abundance of fish stocks in a particular area can vary depending on changes in the local environment, and that small pelagic fish are highly sensitive to that variability. Just one degree of difference in water temperature can affect the behaviour of the fish, as can strong winds or rain.

The FIP also organized and funded an onboard observer program, which collects information on size and maturity of the target species, along with ecosystem impacts such as bycatch of endangered species. This work revealed that the by-catch is very low, at under 5% of total catch, and the general impacts on different ecosystem components are minimal. As a result of the findings of the observers´ program, fishermen are regularly trained to release vulnerable species alive.

“30 years ago, a turtle was a trophy, and sharks were seen as a nuisance, but now NGOs teach the crew how to release sharks caught in nets and lines, and to protect turtles, which is good progress” said Murtagh.

“We are still looking at indirect impacts in the trophic chain and there are no regular or accurate studies on the seabird population feeding on small pelagics for example, so we are hoping that other NGOs or government agencies might get involved with us to do this” said Godelman.

In 2018/2019, a new fishmeal and fish oil company set up in Panama operating 4 boats, facilitated by the introduction of a new law to regulate the total number of vessels at 20, along with technical characteristics to limit effort. According to Murtagh, advances in vessel design and technology mean that… 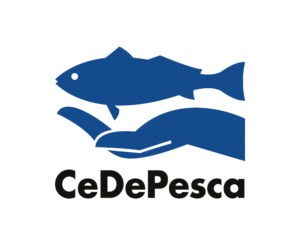 20 modern vessels have the same
finishing capacity as more than…

but they are more efficient and have a lower environmental footprint

“A lot of effort has gone into maintaining a constructive dialogue between the government, the industry and CeDePesca, and it is important to highlight the active collaboration of skippers and crew at workshops and at sea, in making progress with the fishery” said Godelman.

“In 2019, an acknowledged Chilean scientist, Dr. Cristian Canales, used all the information collected by the FIP to conduct the first formal stock assessment ever in Panama for anchovy and herring and the outcomes were excellent, confirming that intuitive management had been successful and both stocks are healthy” informed Godelman.

In October 2022, it was announced that the fishmeal and fish oil production plants sourcing from the Panama small pelagics fishery had demonstrated full compliance and gained MarinTrust certification. Read the press release here. 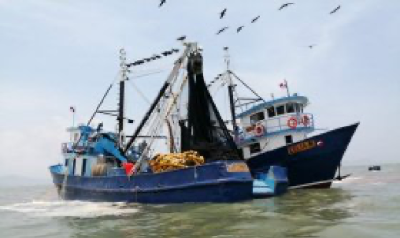 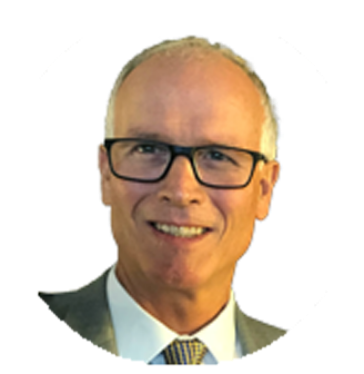 “It’s impressive to see how MarinTrust is expanding its positive impact through fishery improvement projects as well as certification. By these means, MarinTrust is managing to transform the global landscape for responsibly-sourced marine ingredients. Acting in concert, the aquaculture industry seeks robust assurances for feed ingredients - our own Best Aquaculture Practices program is steadily placing greater reliance on programs such as MarinTrust – creating synergies for sustainable seafood supply chains” said Dan Lee, BAP Standards Coordinator.